Fairness, integrity, responsibility and respect form the backbone of ethics in sports. But in a fast-changing world, how can sports organizations go about implementing governance and ethics practices to prevent and resolve challenges as they arise?

Our webinar on “Sports and Ethics: New Challenges, Old Demons,” featuring Richard Pound and Chantal Petitclerc, took a closer look at some potential solutions moving forward. Read on for some of their insights. 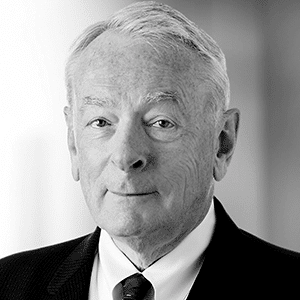 Richard Pound is an influential figure in the sports world. A lawyer and former Olympic swimmer, he has worked with both the Canadian Olympic Committee and the International Olympic Committee, where he served two terms as vice-president. In his role as the founder and first president of the World Anti-Doping Agency, he worked to harmonize rules and policies on the use of banned substances by athletes. 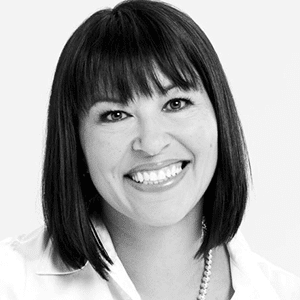 Chantal Petitclerc is a long-time ambassador and advocate for the Paralympic movement. After losing the use of her legs at age 13, she made a name for herself as a high-level wheelchair athlete. In 2016, with a host of medals and honours to her credit, she was appointed to the Canadian Senate.

Both have drawn from their own extensive experience to address a number of ethical issues related to sports.

For Pound, vigilance is the key to helping athletes compete in their chosen sport without breaking the rules and to ensuring the organizations in charge are properly led: “Codes of conduct and ethical rules are part and parcel of modern governance.”

And there’s a reason: athletes continue to use performance-enhancing drugs to the detriment of their own health, match-fixing is an ongoing threat, and betting fraud is on the rise, all of which have an impact on sports outcomes.

To illustrate his point, Pound referred to the experiences of synchronized swimmer Sylvie Fréchette at the Barcelona Olympics in 1992, pairs figure skaters Jamie Salé and David Pelletier at the 2002 Games in Salt Lake City, and ice-dancing duo Tessa Virtue and Scott Moir in Sochi in 2014.
“In the first two cases, we picked up an extra gold medal, [but in the third], Canadians were robbed of a gold,” he said.

There is also rampant fraud and corruption in the organizations running these competitions. Pound cited as an example the International Weightlifting Federation, whose former president, Tamas Ajan, stands accused of a massive doping cover-up.

“If we don’t follow the rules of the game, it’s not a sport anymore,” emphasized the longest-serving active member of the IOC .

Diversity and inclusion are other challenges facing sports today. At the Tokyo Games, 60% of the Canadian Olympic team were female — a statistic that Chantal Petitclerc was delighted to learn.

“But behind the scenes, we’re not even close to the 50% mark when it comes to top-level coaches and managers,” she pointed out. “We’re also lagging behind in gender diversity on our boards. So there’s plenty of work left to do.”

This imbalance trickles over to the media, where female athletes typically receive less coverage than their male counterparts. Petitclerc has floated the idea of attaching gender equality requirements to grants awarded to Canadian media outlets.

The issues of diversity and inclusion obviously have an impact on Paralympic athletes, as members of sports organizations, as they do their non-disabled peers.

“It’s interesting because if we are successful in their inclusion, [Paralympic athletes] will become little fish in a big pond, where there are lots of big fish already swimming around,” said Petitclerc. “Is that really in their best interest?”

In Petitclerc’s view, the federal government should be in charge of any such awards, rather than the Olympic and Paralympic committees.

Scandals involving harassment and abuse have shaken up the sports community, like so many others. “Everyone agrees there should be zero tolerance for this sort of thing,” said Petitclerc.

She nevertheless wondered about where the line is between pushing an athlete to go beyond their own limits and the need to maintain a climate of respect in high-level sports: “There are lots of coaches asking themselves what they can and can’t say and do right now. It takes an incredible amount of discipline to get an elite athlete to the podium.”

Pound and Petitclerc both agreed that the conversation about ethics and sports is far from over.

Executive Education HEC Montréal is committed to promoting best practices in ethics. Interested in exploring issues like these in more depth? Then why not join the next cohort for the Certification in Ethics and Compliance program?

The nine-day program will help give you the tools you need to set and manage ethics and compliance priorities in your organization.

Learn more about our Certification in Ethics and Compliance and take your leadership to new heights.