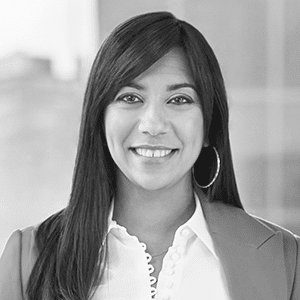 Participants in our Certification in Ethics and Compliance program were recently graced with a visit from OIQ President Kathy Baig, who was happy to pass along some words of wisdom to them. Here’s a summary of what she had to say.

Kathy Baig has been the president of the Ordre des ingénieurs du Québec (OIQ) since 2016. But she was originally elected to the board in 2013, when the Commission of Inquiry on the Awarding and Management of Public Contracts in the Construction Industry, chaired by Justice France Charbonneau, was in full swing and when the corruption scandal was daily fodder for the media.

It wasn’t an easy time for engineers, who were being lumped together with the less-than-ethical peers who were the focus of the hearings. Baig was appalled by their confessions and decided then and there to do what she could to restore the dignity and prestige of her chosen profession.

She opened up to participants on how she went about spearheading a strategic shift within the organization to rebuild the reputation of the OIQ and its members by incorporating ethics into every aspect of the decision-making process.

“A handful of engineers managed to sully the reputation of our 65,000 members,” said Baig, as she thought back to the incidents of misconduct related before the Charbonneau Commission. “We didn’t want them in our membership. They were subjected to a disciplinary review and stricken from the roll.”

Once that matter was settled, Baig began working on a new strategic plan, with the help of her team, to mend the OIQ’s battered image and improve the mechanisms in place to protect the public.

“At times, it was tempting to take shortcuts so we could get back on our feet more quickly. But [instead] we decided to follow through on our pledge to be completely transparent. We had the courage to look beyond what was legal and moral to what was ethical so that, from that point onward, we would be working with a clean slate, with no more no skeletons in the closet.”

Putting the pieces in place

To prevent anything of the sort from happening again in the future, Baig worked with her fellow board members to empower the OIQ Syndic to investigate any members suspected of collusion or corruption, as well as those accused of professional negligence.

“The Syndic team reached out to professional investigators and lawyers specializing in collusion. They completely overhauled how these matters are handled,” Baig said.

The OIQ also rolled out a series of awareness campaigns urging engineers and the public to come forward if they were privy to information about any cases of negligence, misconduct, unscrupulous behaviour or other violations.

To nip any such issues in the bud, the number of OIQ inspections performed per year to ensure engineers had the skills required to exercise their profession was increased to 3,000. This was in addition to the requirement for members to complete 30 hours of continuing education every two years.

An ounce of prevention

Although the post-Charbonneau crisis is now a thing of the past, the OIQ is bound and determined to not go down that road again.

“Every year, we organize a strategic planning retreat. And the issue of preventing a second Charbonneau inquiry regularly comes up. We have to be able to recognize the warning signs, even if they’re not easy to spot.”

Baig keeps a close eye on the investigations led by the Syndic for any inklings of corruption or collusion. The OIQ also takes part in various forums in conjunction with the likes of the Inspector General for the City of Montreal and the Unité permanente anticorruption to share ideas about new anti-collusion practices. A series of surveys have also been sent out to members and the general public to track how the profession is perceived.

“We have set up a number of mechanisms to detect any signs of an impending problem,” said Baig, stressing that this commitment to improved ethics is an ongoing process.

The importance of teamwork

Baig emphasized that the reason this strategic transition has been successful is directly attributable to the people within the OIQ who have pitched in and done their part, even when public confidence was at an all-time low. “They’re the ones who made sure we can hold our heads high again today,” she said.

In the past few years, Baig has been happy to see the impact on her team’s motivation and engagement.

“When I started, some of our staff wouldn’t admit to anyone they worked here. But today, many of them say it with pride. They associate themselves with the OIQ on social media and invite people they know to apply for jobs with us. That just proves our efforts are paying off.”